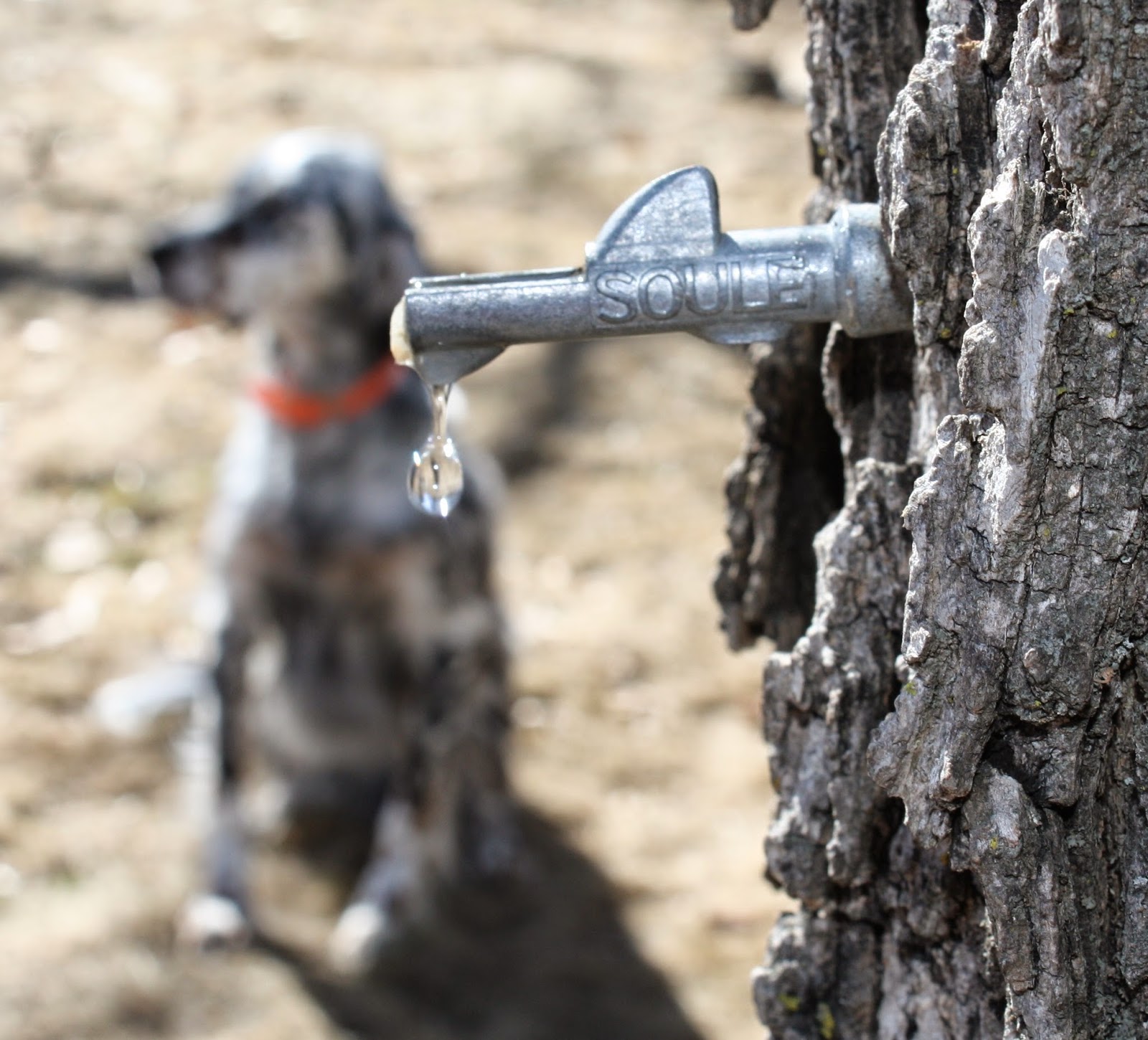 We have a lot of pet names for our dogs, Setter Boys being among the many nicknames they have. This time of year when Fergus and Jenkins follow me around the yard as I collect sap from our maple trees, I call them the Syrup Boys.  Mostly, they follow me around because they know the squirrels like to lick the sweet sap dripping out of the taps, and any prey is better than no prey.

The syrup season started abruptly this year.  After the sixth coldest February on record in Wisconsin, the second week in March warmed up with a couple of days approaching 60, and the sap started to rise in the maples, particularly in our best trees.  Since the weather has returned to normal -- lows in the 20s and highs near 40, perfect syrup weather -- the other maples around our lot have started to produce as well.

I tapped nine trees this year, which should yield about two gallons of syrup, unless I get weary of all the boiling.  The sugar to water content is unusually low this year, around 1 to 50, which means more boiling to concentrate the sap.  An exceptional year is one to 20-30 sugar to water ratio.  I've heard some commercial producers around the area are reporting sugar contents as low as 1 to 100.  The syrup I've made so far this year is extremely dark and full of flavor.  My syrup seems to taste and look different every year.

I gave up sugaring a few years back and bought syrup from friends. Last year, after seeing this Kitchen Vignette (http://kitchenvignettes.blogspot.com/2012/04/maple-syrup-pie.html) video on PBS, I was motivated to restart my backyard sugar operation.  I have yet to make the maple pie. Clouk, clouk, clouk.