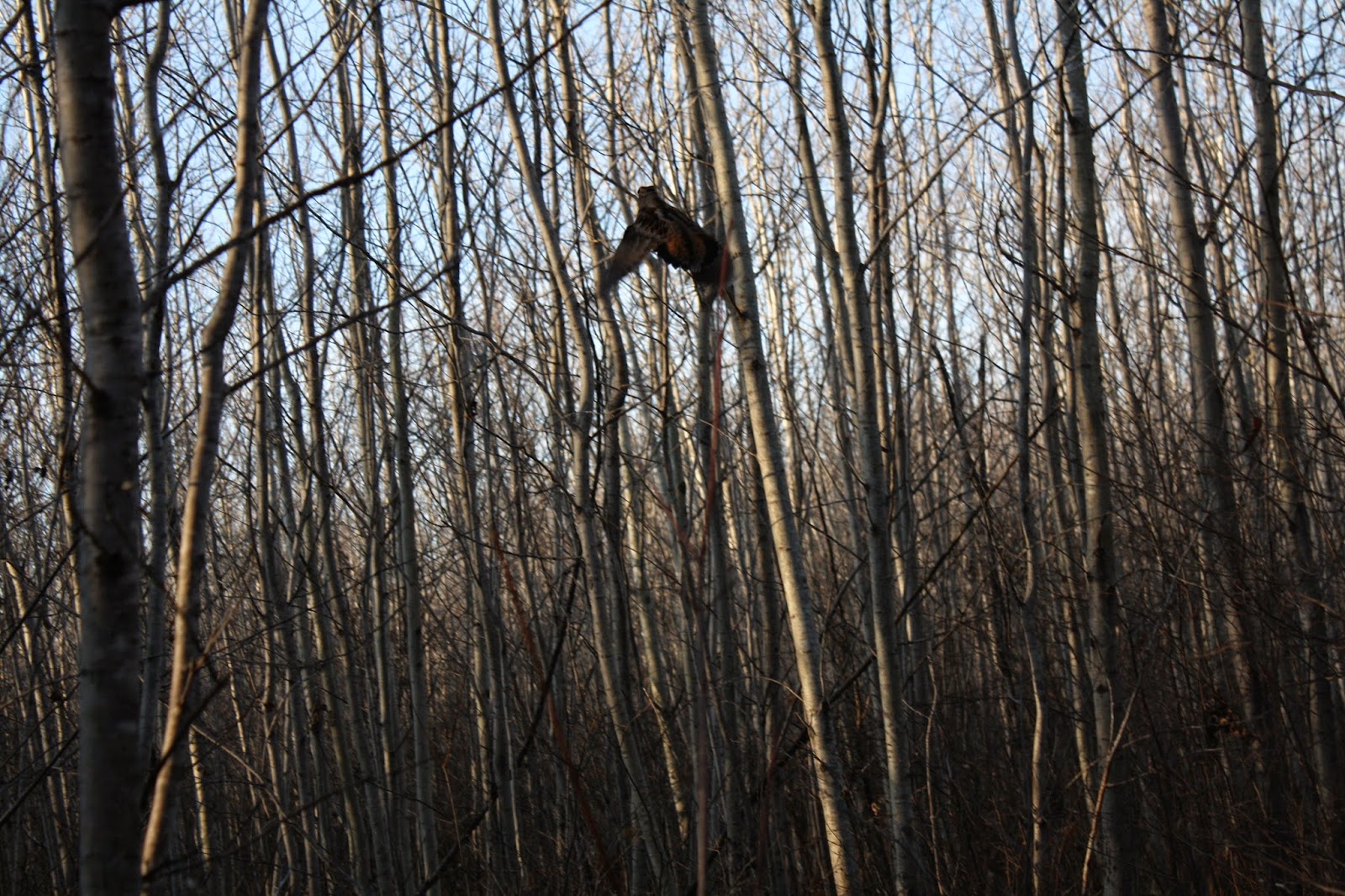 According to the GoogleEarth map (Spring 2015) used to track migrating woodcock, two birds have settled in my neighborhood (http://www.ruffedgrousesociety.org/woodcockmigration#.VS2D4_nF-AU) after migrating north from their winter grounds.  They're represented by two green dots in northcentral Wisconsin on the above mentioned map on the RGS website.  These woodcock are wearing tiny transmitters (PTTs) so we can live track their whereabouts in a study sponsored by the USGS and the USFWS.

What's fascinating is the divergent routes these two birds took to get to their breeding grounds in Wisconsin. One woodcock flew straight north from Louisiana to Wisconsin, while the other bird veered much farther east over to Indiana and lower Michigan then flew what looks like a couple of hundred miles up and across the cold water of Lake Michigan back into Wisconsin.  Why the difficult flight over the lake?  Wind blew the woodcock off course?

Although transmitters give ornithologists much more info than legs bands, I still hope to help a friend band in the coming days/weeks as the chicks hatch because even this older technology and cruder means of keeping track of woodcock yields valuable information.
.
Posted by Unknown at 5:53 PM