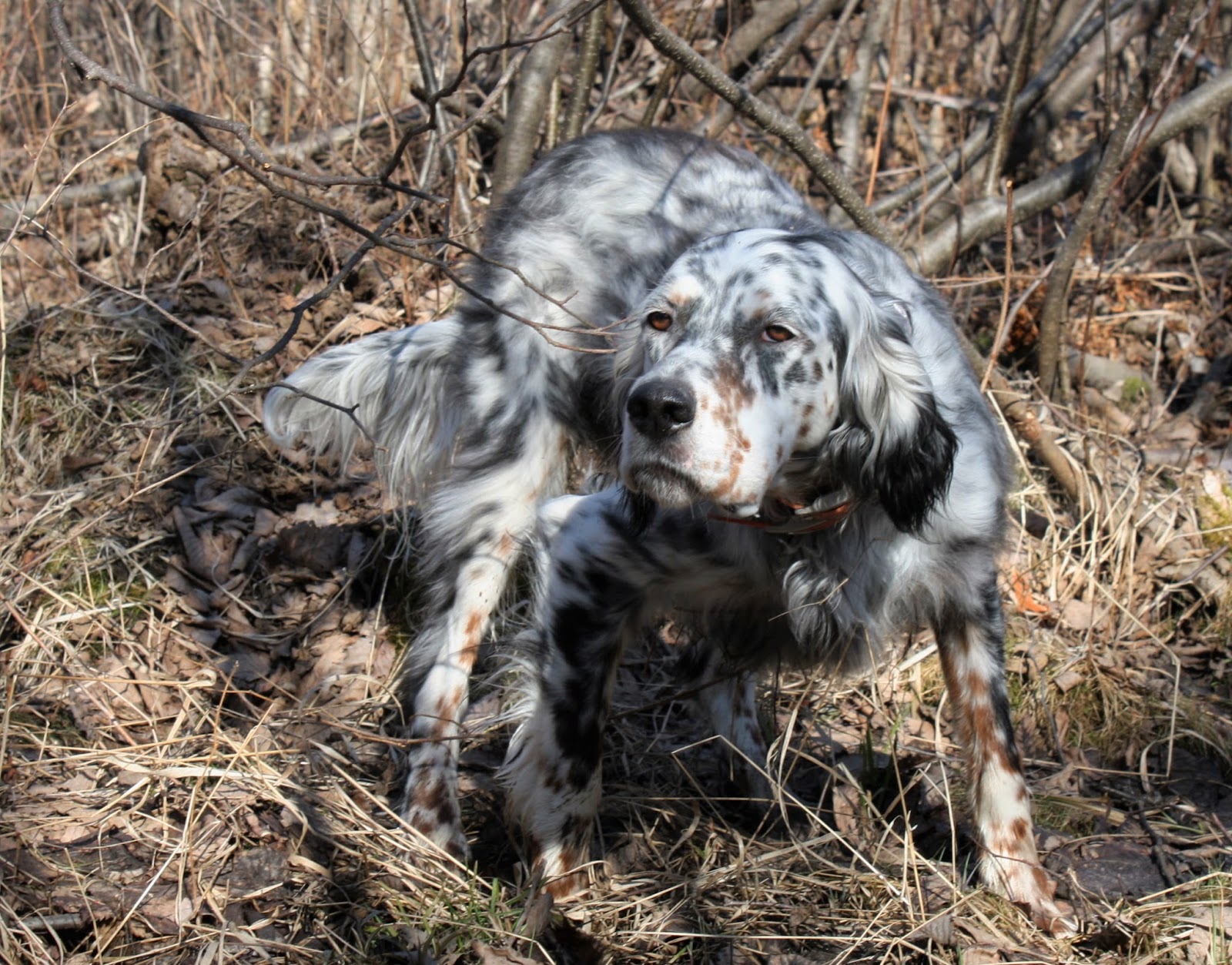 Here's Jenkins pointing the first woodcock of the spring for us in tag alders.  Photo credit goes to Susan Parman since I had coffee mug in hand.  Fergus actually found it first, and then Jenkins nailed it moments later from the other side in a nice pincer movement.  Susan and I spent a half minute or so carefully surveying the ground before we spotted the woodcock sitting tightly a few yards from Fergus.  I try to look for the alternating bands of dark chocolate and dusty mustard across the top of its head, but it always amazes me how camouflaged these birds are.  Determining there was no nest and no eggs, I waded in and flushed the bird, which flew strongly to the west. 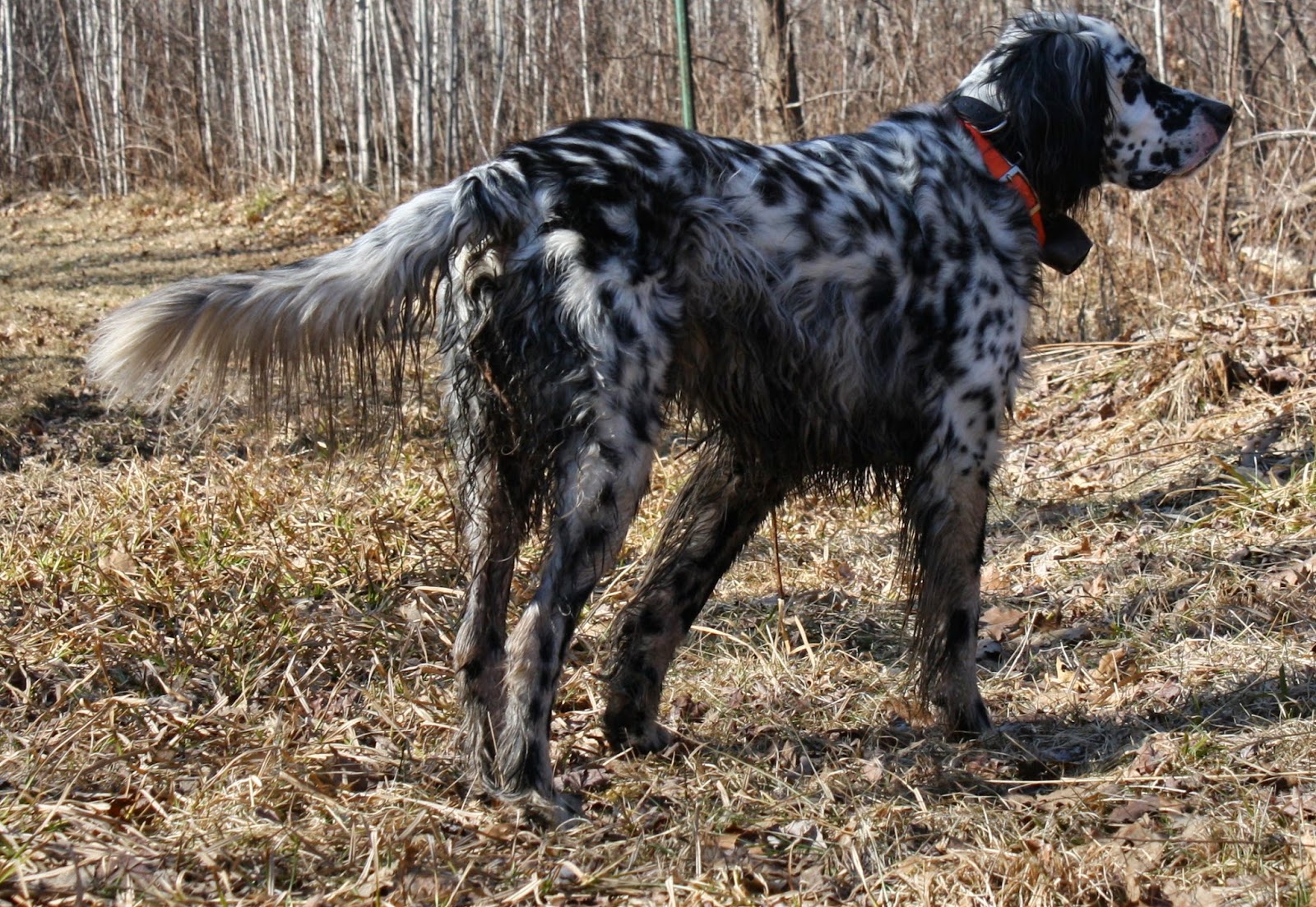 Here's Fergus on a ski trail, all mucked up from slogging around in the tags, pointing the second bird of the day.  I walked around his left side, and the bird flushed before I got past the dog. It was sitting on the trail up against the popple about two yards from Fergus's left shoulder. (I blew up this picture as much as possible to see if I could spot it.  I think Fergus's big, dirty body is blocking it.)  This bird flew away weakly, barely getting head high, and dropped back down about 30 yards away in the popple.  I called the dogs in and cast them in the opposite direction from this bird not wanting to bother it anymore than we already had.  Since there was neither nest nor eggs, we figure this woodcock dropped in overnight and was exhausted from its migratory labors hence its weak flush.

Before setting out, I brushed up on capturing and banding woodcock by reading Andy Ammann's guide for doing so.  By the way, this small booklet is still available on the Ruffed Grouse Society's website (http://www.ruffedgrousesociety.org/shoppingcart/magento/books-videos/a-guide-to-capturing-and-banding-american-woodcock-using-pointing-dogs.html).  Ammann reminded me to go slowly when we had dogs on point and watch my step.  Hopefully, one of these two birds is female and nests in the area close to these points.  Banding should begin in late April or early May.
Posted by Unknown at 9:14 AM