The Dance Goes On

After a week of canoeing and camping and fishing in the Quetico Wilderness of Canada, we stopped at a friend's place on the drive home last Saturday, May 30th.  Yort lives just across the border in Hovland, Minnesota, and has carved out a homestead on 80 acres of boreal forest.  As the darkness deepened, the woodcock starting peenting and skydancing on the three acres of meadow surrounding Yort's cabin. It was a beautifully clear and cold night, and I could make out three males singing against a darkening star and planet-filled sky.  The dance helped the beer taste even better. 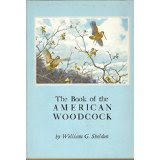 I don't think I've ever witnessed the skydance so late in the season.  I consulted the woodcock bible (Sheldon's Book of the American Woodcock) and found this: "Mendall and Aldous found two male woodcock performing 'half-hearted' courting flights in late July.  Pettingill cited instances of woodcock mating flights in October, but he did not hear the vocal song of the typical spring flight.  Liscinsky (1964) heard a woodcock going through a typical flight song on October 18 in central Pennsylvania.  I have witnessed many flights in July in Massachusettes similar to those described by Mendall and Aldous."  A May 30th flight song, particularly in northern Minnesota/almost Canada, is the norm not the exception.  I'm happy to have witnessed it one more time.