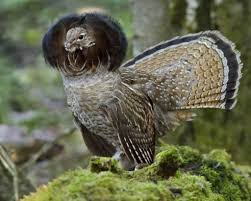 I have run into four broods this year -- three while mountain biking and one while driving -- so I think nesting conditions were good, but obviously this is just my take or perhaps my optimism. Two of the hens did their broken wing routine to try and lead us away from the chicks.  I haven't experienced this show in a few years.

I'm expecting decent bird numbers in 2015, a bit better than last season.  It's less than three months until the Sept. 12 opener.  Time to start training and shooting.