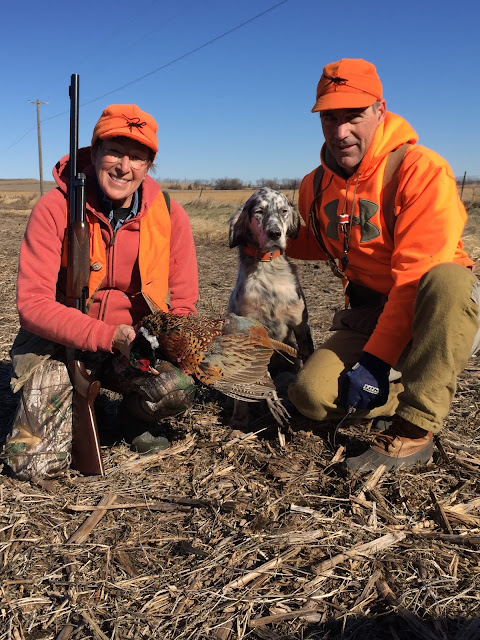 Over a long weekend we drove down to Pottawatomie County in southwestern Iowa to visit family and do a little pheasant hunting.  We haven't hunted down there for at least ten years, and Fergus and Jenkins had never even smelled a pheasant before.  Above is the first rooster Jenkins pointed, and Susan's sister, Cindy Freemyer, dropped it as it flushed out of the ditch.  Cindy, by the way, did an excellent job guiding us around the Iowa farms and countryside. 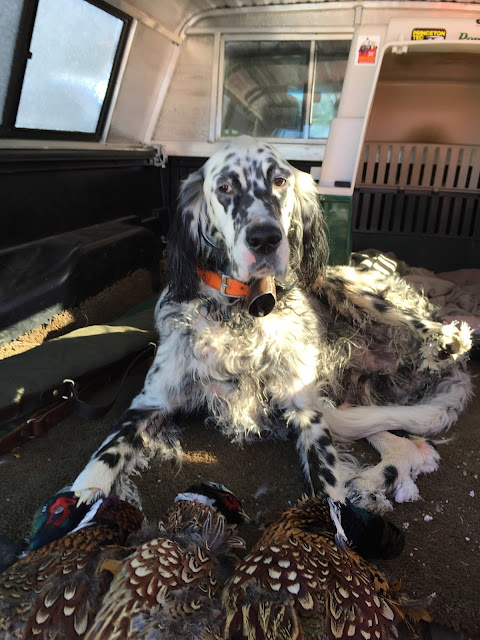 Jenkins figured out the prairie birds long before Fergus.  In fact, he pointed the first covey of quail we came across during the first day of hunting.  I didn't even fire when I flushed them because I didn't know or remember what they were -- that's how long it's been since I've hunted out of the state.  You can take a boy out of the woods .....  Fergus, with seven seasons of grouse and woodcock hunting, didn't know what to do out in all that open country. 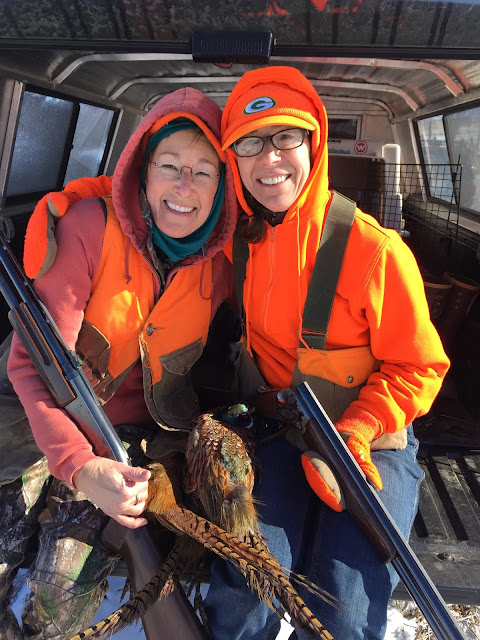 The birds were pretty sparse, although it was good to see coveys of quail coming back, until the last day of our trip.  A couple of inches of snow and some raw winter weather had the birds holed up in the thick grass and cattails. Fergus nailed three hens and a rooster in a patch of tall grass, and we fired, missing the rooster.  But from then on, he nailed the birds.  Instead of running around like we were out playing, he worked the cover.  It had finally clicked, and we had a wonderful day of hunting, the birds popping up out of the brilliant white snow. As Cindy predicted before we set out that day, "This is the perfect day for a hunt." She was dead right.