I don't think I have ever hunted on January 31st, the last day of the Wisconsin grouse season, but with temps in the mid 30s, we figured why not and headed out the door with both dogs.  They haven't hunted for over a month, which was evident by the way they tore up the cover for the first 15 minutes or so. 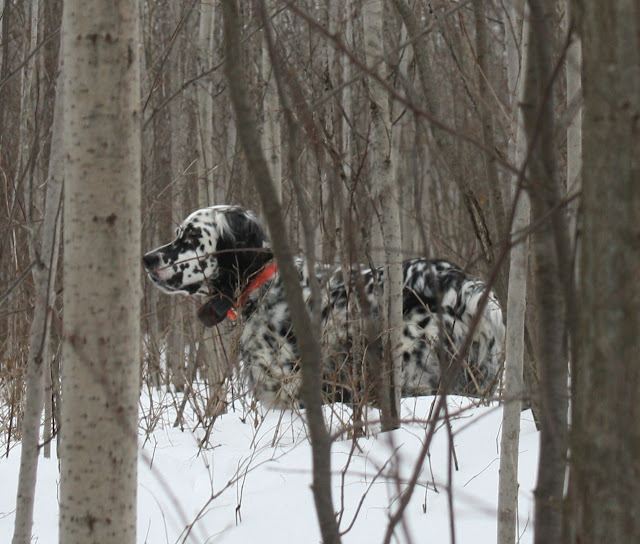 I probably should have just taken one dog, but I couldn't see leaving one behind since it would be until next September before we got out again.  They settled down eventually, and we had a wonderful last hunt of the year. 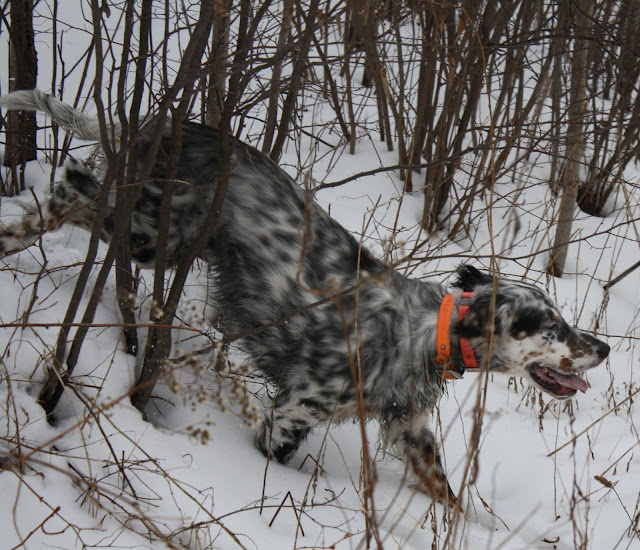 We did see/hear a half dozen birds, and lots of tracks, some fresh, others days old. I think dogs have a more difficult time scenting in the snow, especially when the birds are buried beneath the snow. 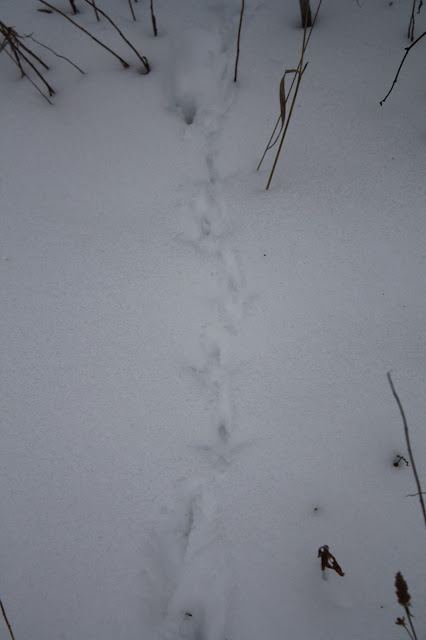 The last bird, Fergus nailed in a clump of balsam firs.  I walked in on his left, and the bird flashed through the green on the dog's right and disappeared.  It was a tough shot, but I've hit shots like that before. However, when they fall I say to myself, "Wow, I actually hit that bird."  We followed it up, but I had simply missed.  For once, I was happy to miss a bird, though.  That grouse only had a few more months to survive before spring when the drumming would begin, the grouse in this cover hopefully flourishing. 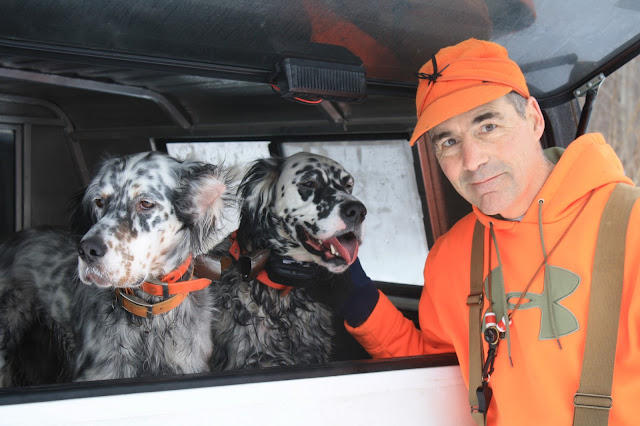